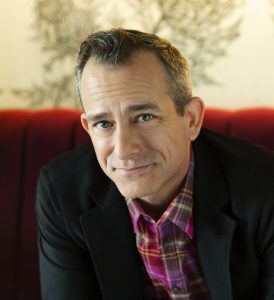 In 2019, Zanelli teamed with Disney, Angelina Jolie and Joachim Rønning to score “Maleficent: Mistress of Evil” including working with Bebe Rexha on her song for the film titled “You Can’t Stop The Girl,” as well as two movies from prolific director Deon Taylor, “The Intruder” and “Black and Blue.”

He has a long history with Disney, which began with his breakout score for the fantasy drama “The Odd Life of Timothy Green” starring Jennifer Garner and Joel Edgerton. Zanelli’s organic and stirring score for the film also received critical acclaim, including a feature in Variety’s Eye on the Oscars issue.  In addition, he scored Marc Forster’s “Christopher Robin” alongside composer Jon Brion.

Zanelli has collaborated with Grammy-award winning Mark Ronson on the co-written score and songs to Lionsgate’s “Mortdecai,” marking his third time working with writer/director David Koepp; director Jared Hess for the comedy “Masterminds;” and Steve Martin and Edie Brickell to lend string arrangements to the Grammy-award winning album “Love Has Come For You,” and follow-up album “So Familiar,” which dominated the Bluegrass charts. He recently wrote the score and songs for “Star Citizen: Squadron 42,” the most crowd-funded game in history.

In 2006, Zanelli earned his first Emmy after scoring the original music for Steven Spielberg’s miniseries “Into The West.” With this win, Zanelli became the youngest composer ever to be awarded the ‘Outstanding Music Composition for a Miniseries, Movie or a Special (Original Dramatic Score)’ accolade. A few years later, Spielberg once again tapped Zanelli to score HBO’s “The Pacific,” which earned him his second Emmy nomination. Other credits include: DreamWorks and Paramount Pictures’ “Disturbia,” 20th Century Fox’s “Hitman,” Lionsgate’s “Gamer,” DreamWork’s “Ghost Town,” The Weinstein Company’s “Outlander” and Columbia Pictures’ “Secret Window” (co-written with Philip Glass) among many others. Additionally, Zanelli co-wrote the song “Don’t Make Me Wait” for “Disturbia.”

Zanelli has degrees in Film Scoring and Music Production & Engineering from the prestigious Berklee College of Music, which he attended on scholarship. He is an active alumnus at his alma mater and has participated in Berklee’s Curriculum Review Initiative as well as given seminars to students studying composition. During his time at Berklee, Zanelli received the Doug Timm Award in recognition of his film scoring work and the Music Production/Engineering Scholar Award.

A Southern California native, Zanelli began his musical career as a guitar player and songwriter. In 1994, he met Zimmer and was offered a job at Remote Control Productions. Now, Zanelli is known as a versatile composer in his own right, who combines music from different genres and cultures.