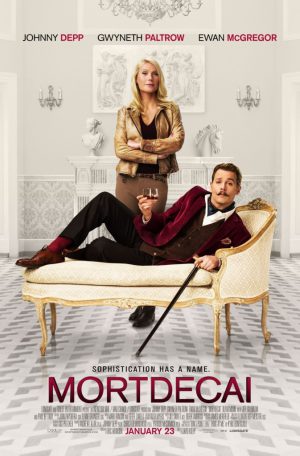 “Do you want to meet with Mark Ronson and see if you two want to work together on this?”  That’s what director David Koepp said to me the first time we talked about Mortdecai.  An easy question to say “yes” to.

Mark and I hit it off right away.  We traded secrets.  We filled studios with instruments owned, borrowed and rented until there was no place to sit down.  We played together like teenagers in a band, then took the result of those sessions to our separate caves to work in solitude, only to come together again and share where we took things.

I’d say you can’t imagine a better collaboration, but I’d be leaving out the next step in the process which was equally rewarding, equally collaborative.  We’d send the music to David Koepp, who eagerly ate everything we could feed him, and came back to us with a gentle nudge toward that elusive ingredient that elevated the music and brought it even closer to the story.

When Mark said “Geoff, we’ve invented ‘Harpsichord Aristo-funk!’” I knew we were on to something.  Every uppity, aristocratic instrument had its counterpart.  The harpsichord and clavinet-through-an-amp pairing, the orchestral brass and the funk horn section or the harp and the electric guitar.  I made some poor woman in England record each instrument in her harpsichord collection to find “the crustiest sounding one.”  Mark got the Dap-Kings and most of The Roots to come play on this.  I produced an orchestra at Abbey Road.  I finally got to write a flugelhorn part.  And I had to find a translator to convert my lyrics for the choir in Russian.  In case you’re wondering, in “Open Your Balls” they are indeed singing about testicles.

Can you tell I enjoyed this? 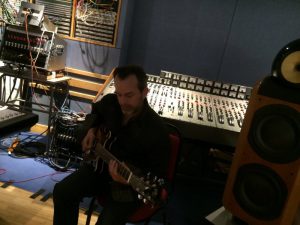 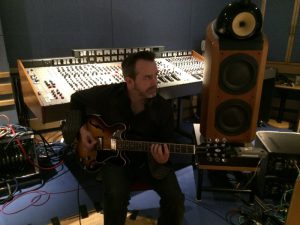 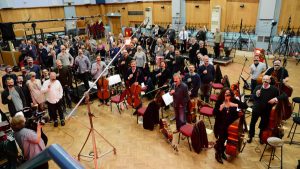 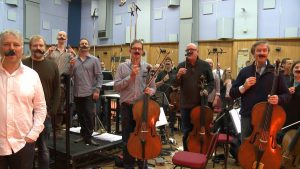 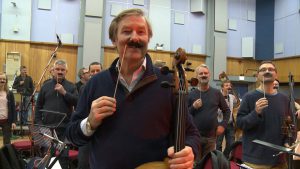 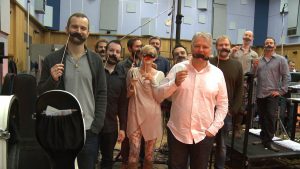 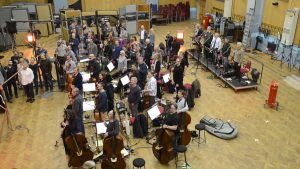 “[…] Mark Ronson and Geoff Zanelli’s ’60s-ish lounge-music score, which has patches that, in another context, would be transcendent.”
– David Edelstein, Vulture

“The retro score, by composer Geoff Zanelli teaming up with Mark Ronson, is genuinely good fun.”
– Will Jones, Den of Geek