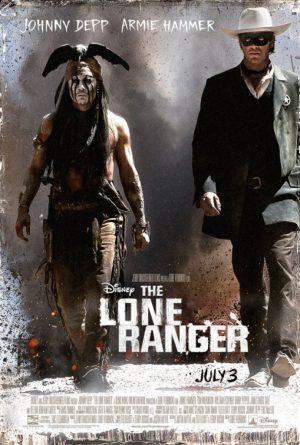 Continuing my long history of collaborations with Gore Verbinski, Jerry Bruckheimer, Disney and Hans Zimmer, my main work on this film was the 10 minute action finale based on The William Tell Overture.  Using equal parts analysis and irreverence, I tried to find a way to bring the William Tell to life in a new way.  The result is the huge, operatic, absurd, tightly synchronized piece you hear in the film.

To bridge the divide between the music and the sound effects, I even worked most of the train sound effects into time with the music.  The response to this piece has been overwhelmingly positive.

“But of the other craftspeople, perhaps the most notable is [Geoff Zanelli’s] … alterations to the classic William Tell Overture, which has become more widely known by many as the Lone Ranger’s theme. The Lone Ranger’s most stirring moment comes from the eventual playing of that original theme.”
— Tim Grierson, Screen Daily

“The arrival of the William Tell Overture is used to good effect. [The music] is at its best here, riding along with the movie’s shifts in tone from comedy to action to sincerity.”
— Anne Thompson, Indie Wire

“…I confess when the William Tell Overture kicked in during the finale, it made me feel like a little kid again.”
– Rob Vaux, Mania

“The cry of a masked ride, accompanied by Rossini’s “William Tell Overture,” has long been a fixture of American pop culture as “The Lone Ranger” rode through the Old West, righting wrongs.”
– Stephen Schaeffer, BostonHerald.com

“The first forty-five minutes are excellent…  Then comes the train scene — incredible!”
– Quentin Tarantino, on The Lone Ranger’s Finale, scored by Geoff